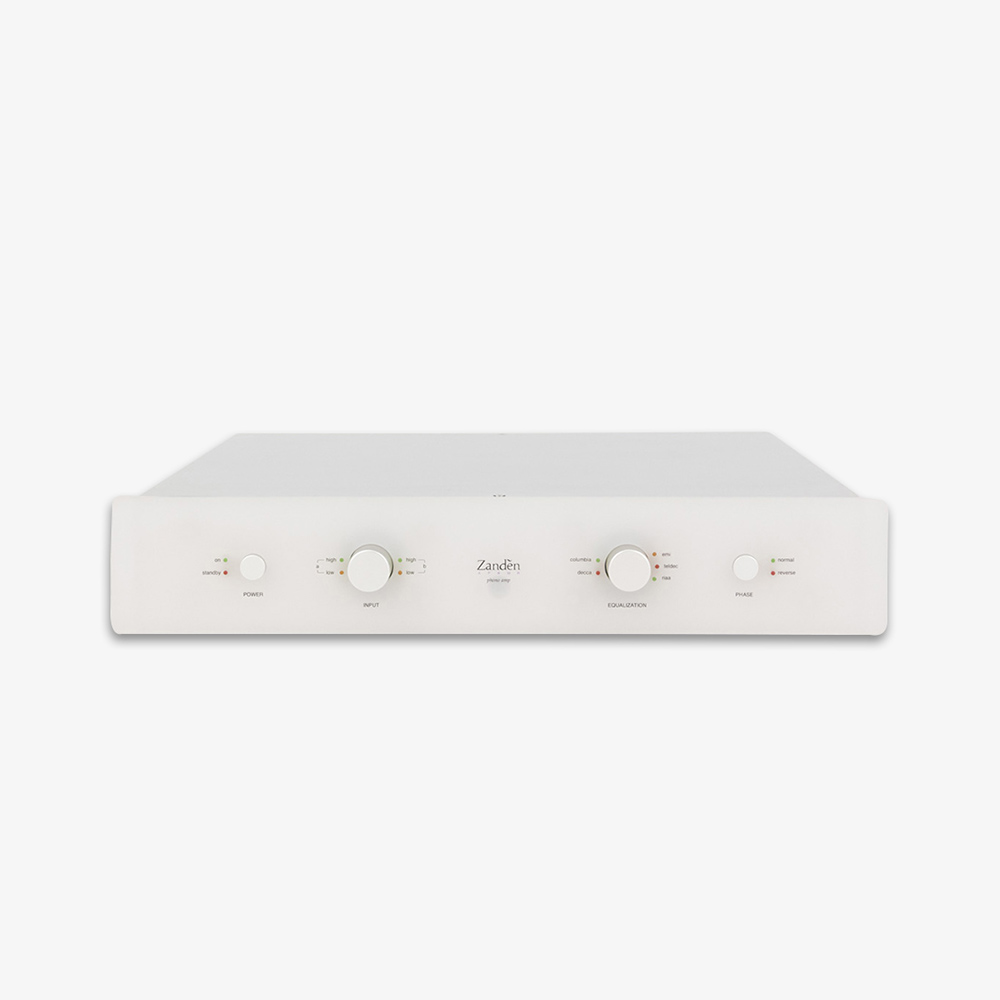 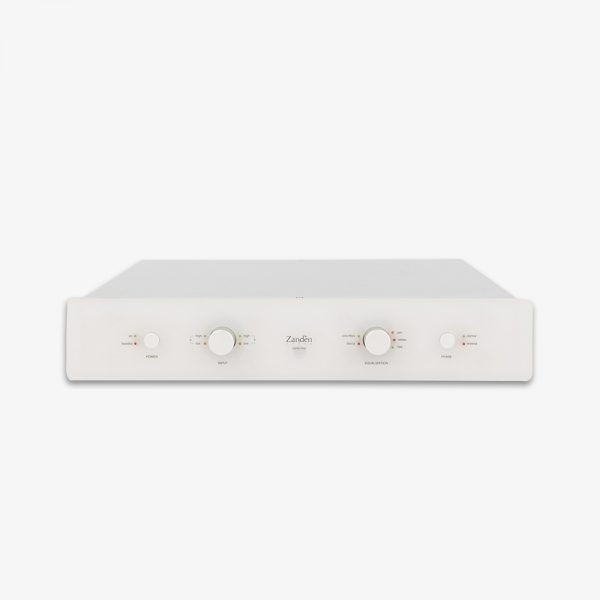 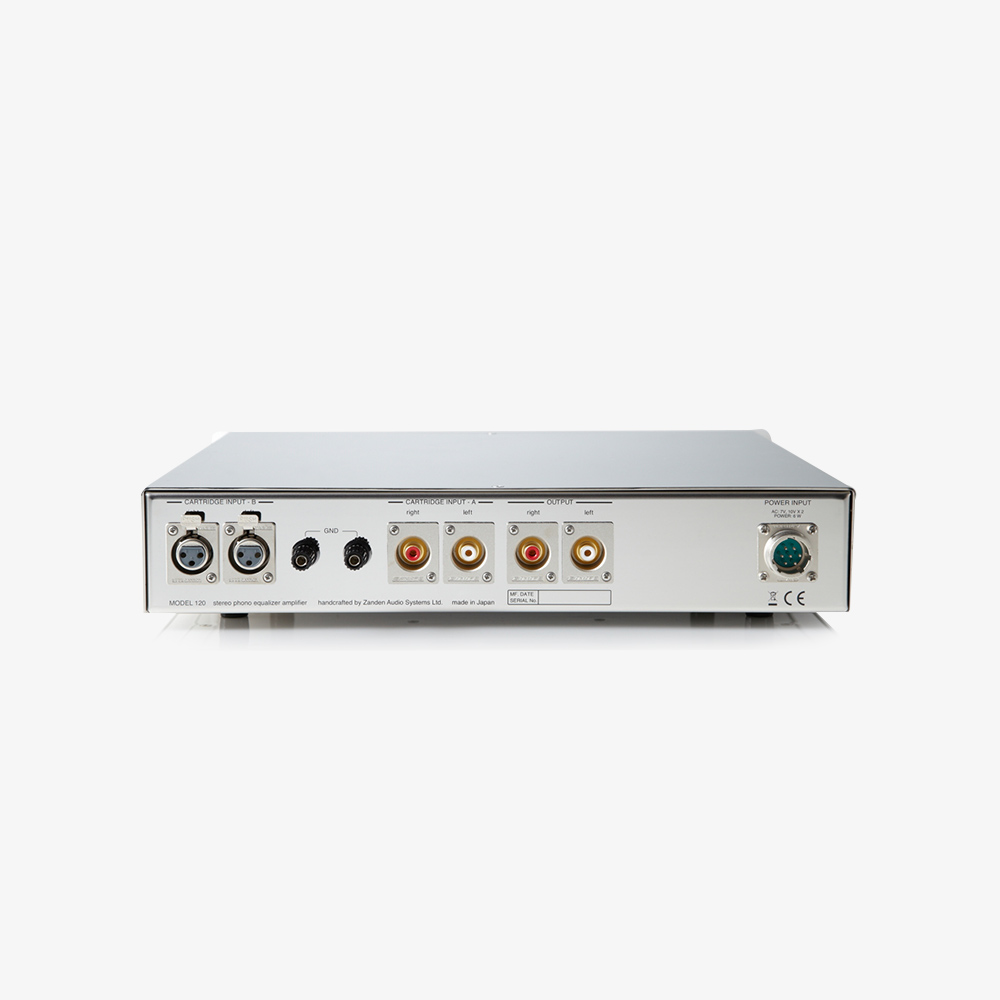 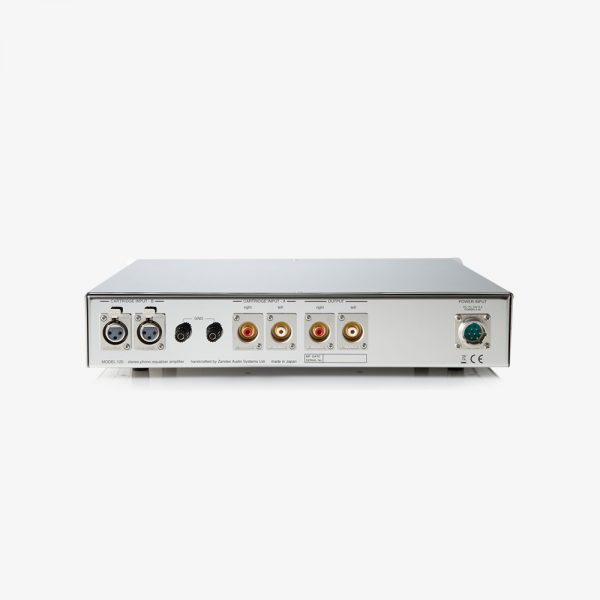 A tube-powered phono preamp which gives incredible space and neutrality. It is part of the Zanden ‘Modern’ range.

The Model 120 Phono Preamplifier was, when released, the very first and still only solid-state (transistor) design. It follows all the crucial design principles found in the flagship Model 1200 – the unique, fixed impedance LCR circuit and equalisation stage with 5 different EQ curve options (RIAA, Decca, Columbia, EMI and Teldec). Model 120 has two input with high (470 Ohm) and low (36 Ohm) impedance and each can be used as single-ended (RCA) or balanced (XLR). Absolute polarity switch is also provided on the front panel.

In order to further minimise RF interference and maintain an extremely low overall noise of the sensitive phono circuits, most elements of the power supply have been moved outside the main chassis into a well shielded, compact separate unit.

The 120 has 3 selectable 4th time constant settings (Ortofon, Neumann, Westrex) and 2 Jensen step up transformers to accommodate a wide range of cartridges.

“The Model 120 is a superb phono preamplifier that does almost everything its big brother did, albeit not to quite the same degree, and that improves on timbre and detail (at least in comparison with the early version of the Model 1200 I listened to back when). It will still separate the four voices of a string quartet (or the multitudinous voices of an orchestra or large choir) in a way that makes every musical line and contribution unmistakably clear; it will still add a modicum of body to instruments and vocalists, though not to the “walk-around” extent of the Model 1200; it will still sound warm, beautiful, and realistic on warm, beautiful, and realistic recordings; and it is now as finely detailed and musically articulate as anything I’ve heard short of a Constellation Perseus, a VAC Statement, an ARC Reference Phono 10, or an Audio Consulting Silver Rock, all of which cost five to ten times more than what the Model 120 does.” – Jonathan Valin – The Absolute Sound Magazine