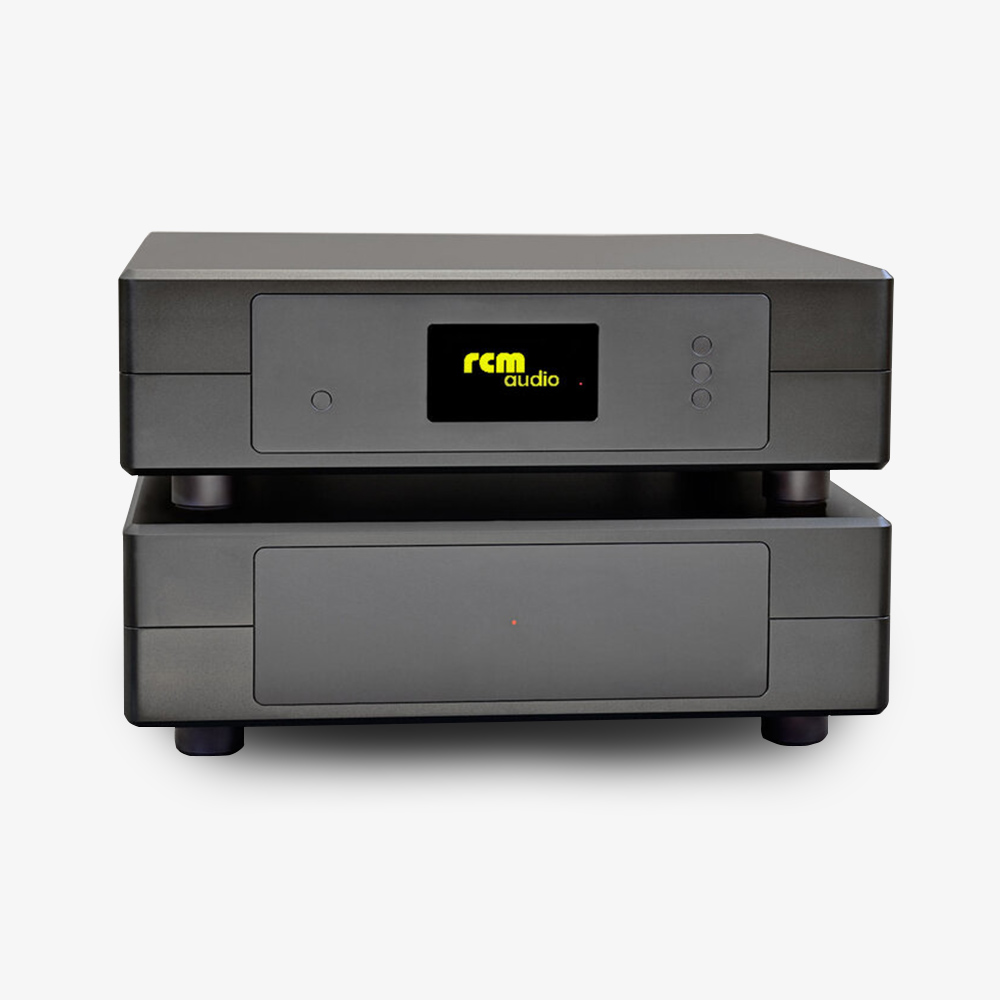 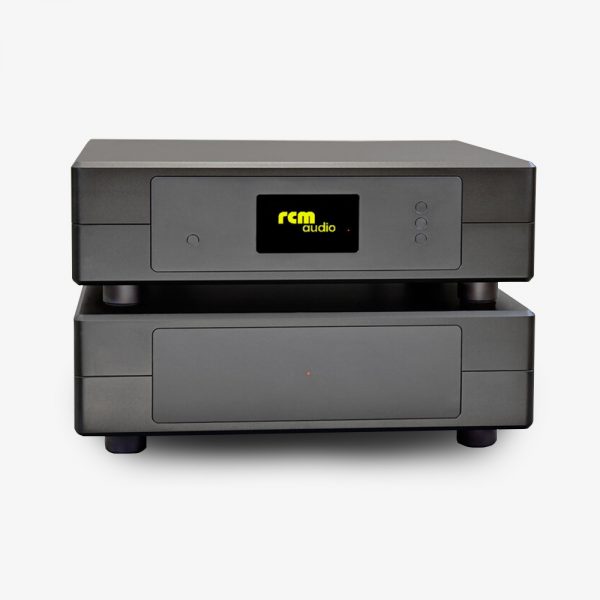 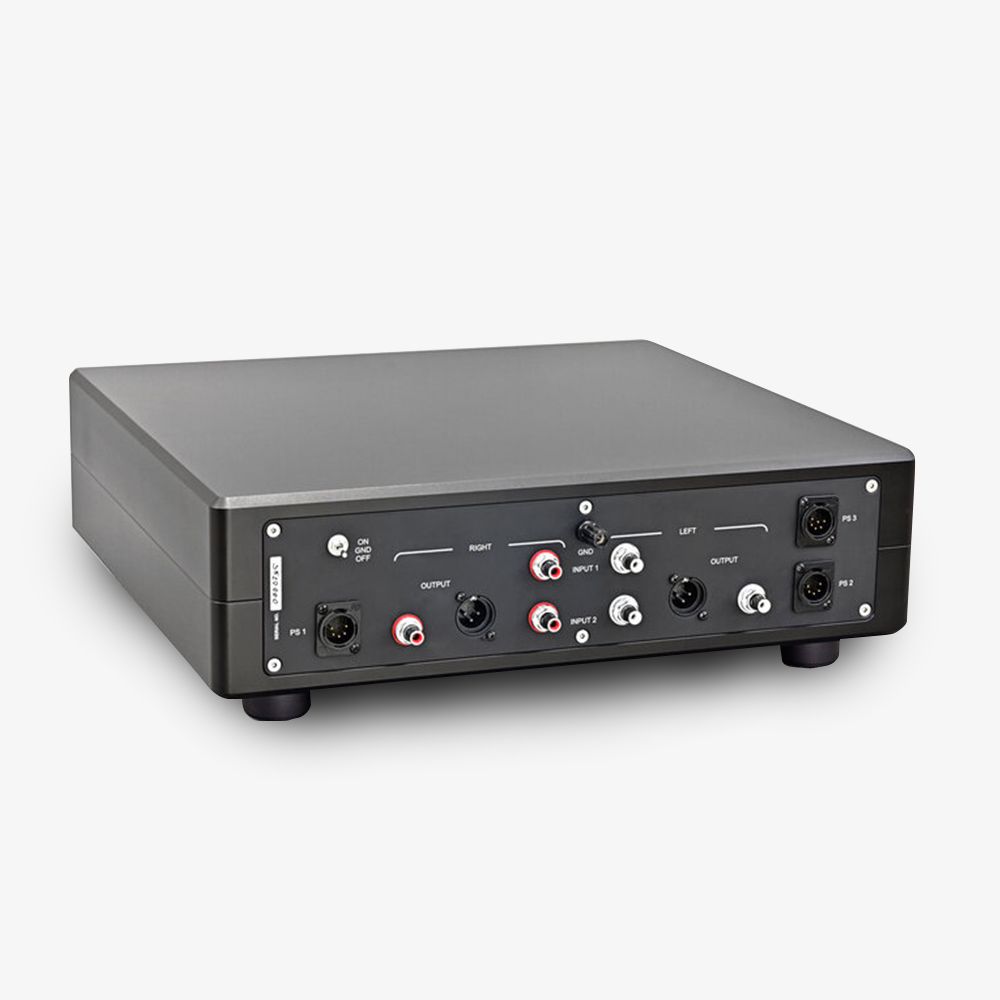 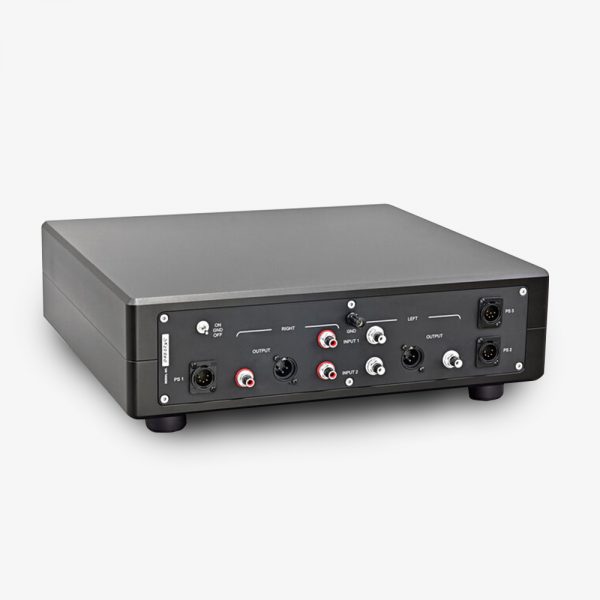 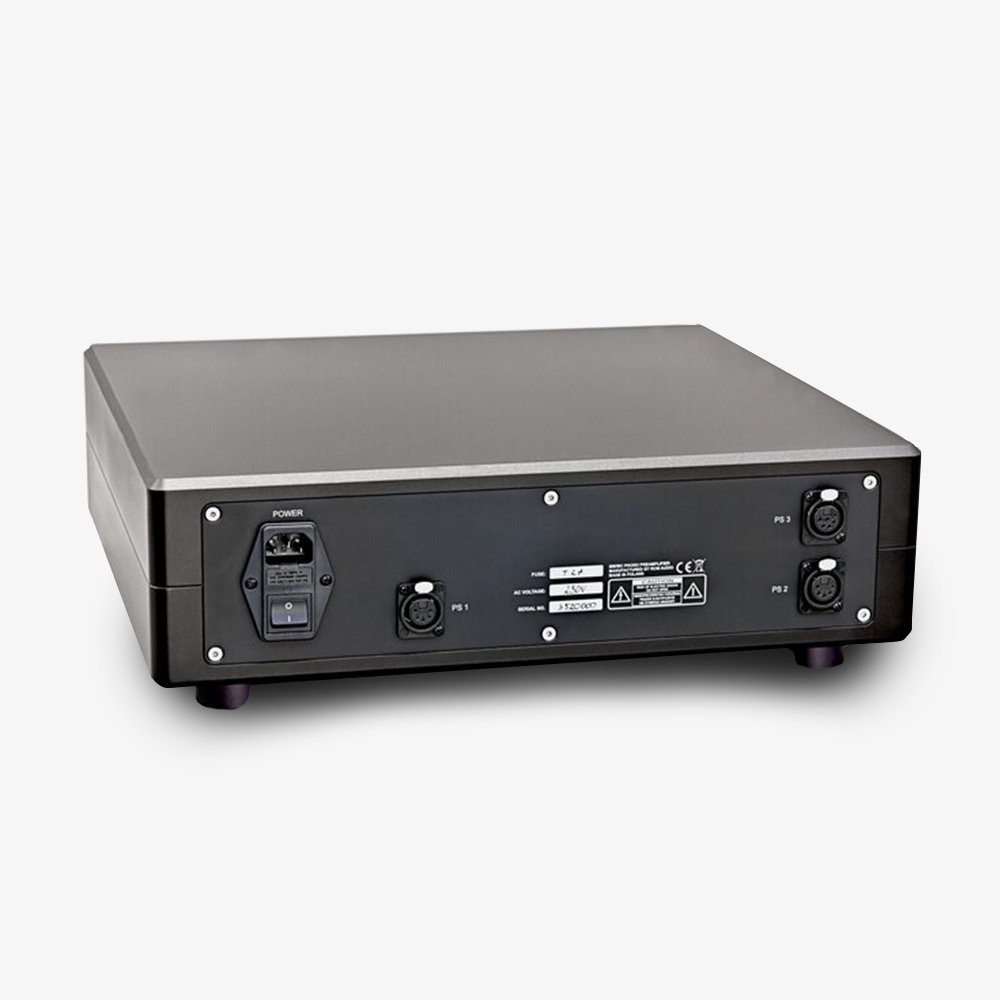 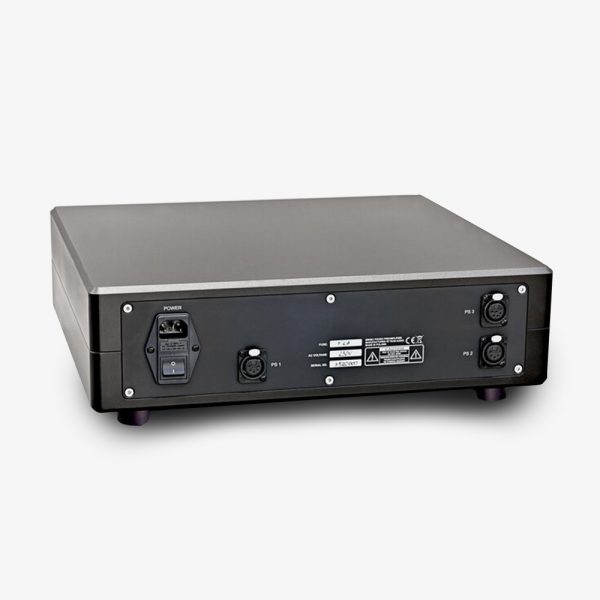 The key to a good phono preamplifier is the optimal frequency response and RIAA equalization, but without the proper power supply, all the effort is wasted, so The RCM Big Phono is equipped with a power supply, the design of which is aimed at maximum noise reduction. In The Big Phono the power supply circuits were transferred into a separate housing. The symmetrical power supply consists of a multi-stage stabilization and a precisely selected filtering capacity to eliminate unwanted ripple. It is of course independent for the right and left channels. The “cleared” voltage is transferred to a second box containing sensitive equalization and gain circuits as well as control logic. Power for the right and left channels and logic is transferred from the power supply through separate cables. In the preamplifier, the signal is amplified in four stages and passive RIAA correction. A characteristic feature of the preamplifier is the high level of the output signal. RCM say their experience shows that in order to obtain optimal sound, the signal level should not be lower than 1V. Such assemblies place very high demands on the entire system because the signal must be amplified several hundred times.

The Big Phono is equipped with two pairs of inputs. So you have the ability to connect two analogue systems and independently configure each of them. A clear display on the front panel clearly shows which input is used and its parameters. They can be changed manually and using a remote control.

The housing is an equally important element. It is the first thing that is noticed and its appearance is important, however, its mechanical structure and the materials from which it was made are much more important for its proper operation. In The Big Phono, the enclosure consists of two separate elements, the power supply and the preamplifier. The individual parts have the same structure, differ in the rear panel and the front. Each of them has been milled from two 65mm thick aluminium blocks precisely fitted together. The wall thickness is almost 30mm in some places. Such a construction makes The Big Phono cabinets exceptionally rigid and provides excellent shielding of the sensitive preamplifier circuits. The net weight of one casing without installed elements is over 16 kg.

In The Big Phono project, RCM used the best available components, selected through experiments and auditions of subsequent prototype versions. The whole emphasis was placed on the quality of the sound and the most faithful expression of emotions that arise while creating music. Each product is assembled by hand and thoroughly tested at our headquarters.