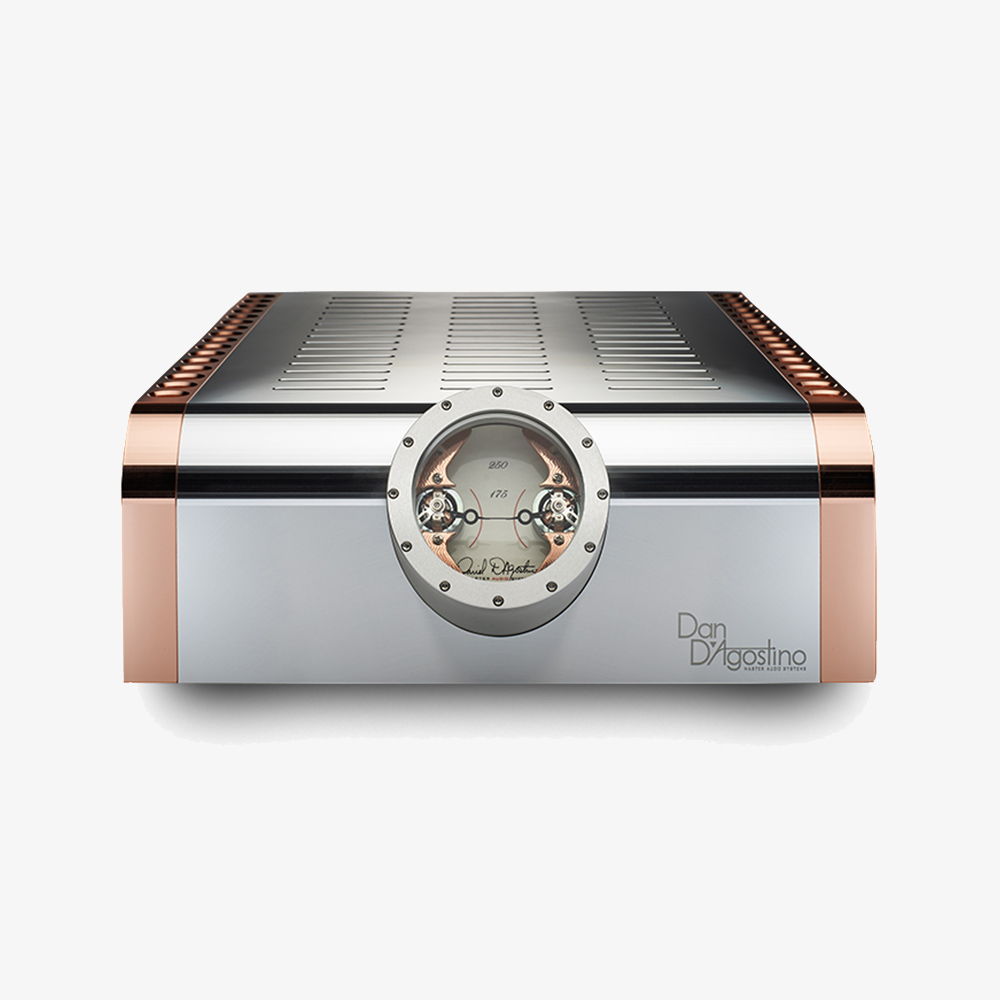 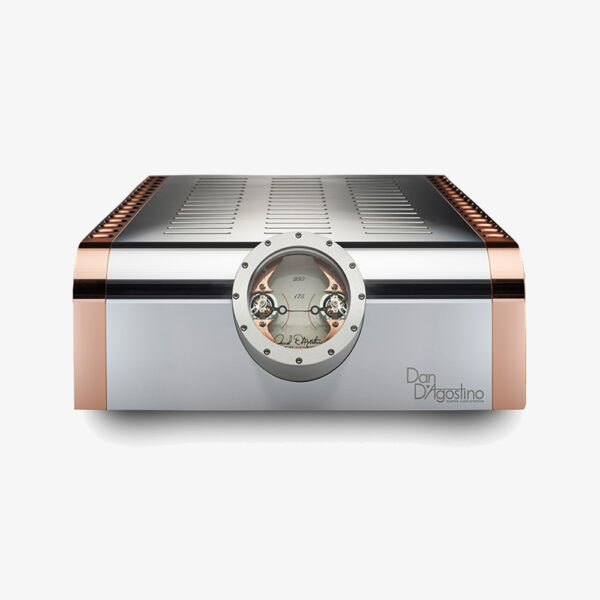 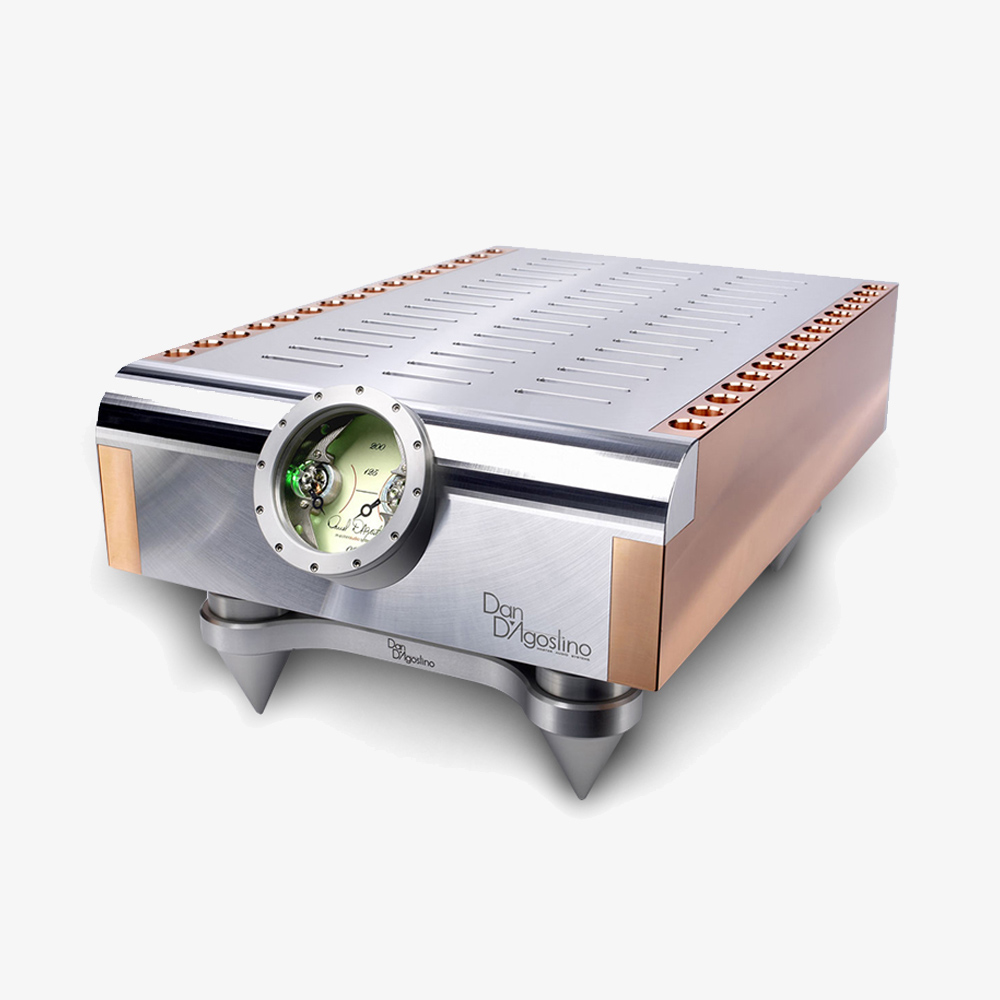 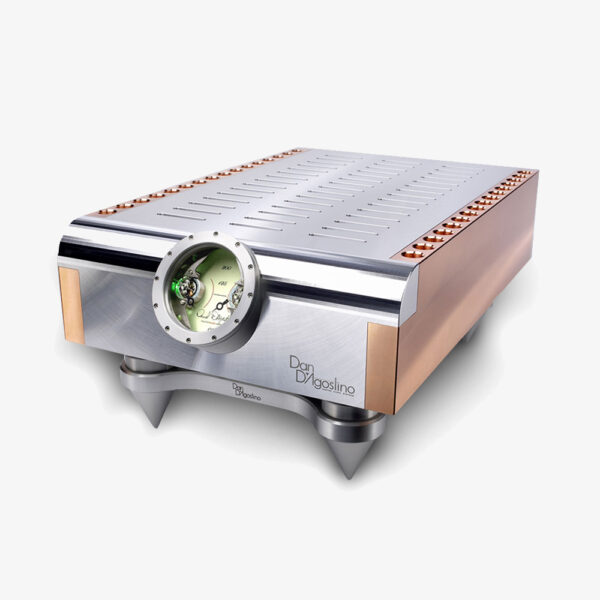 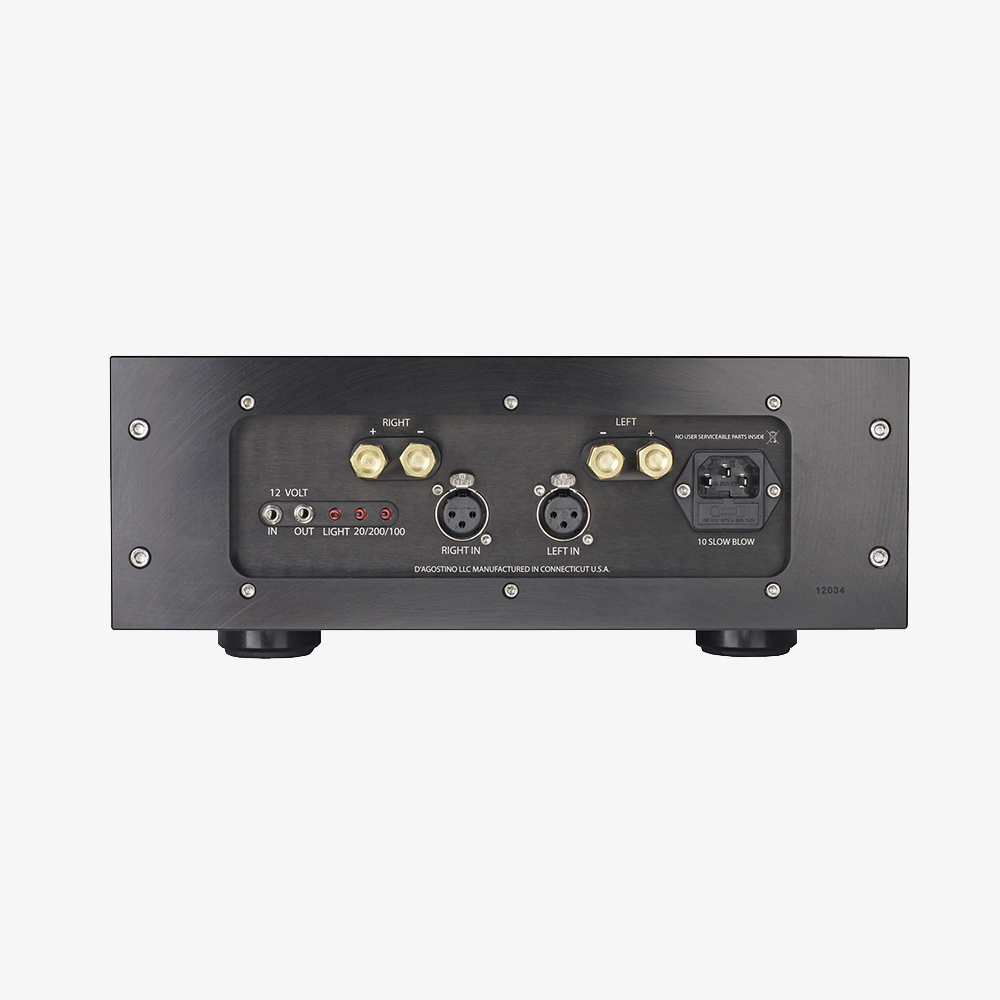 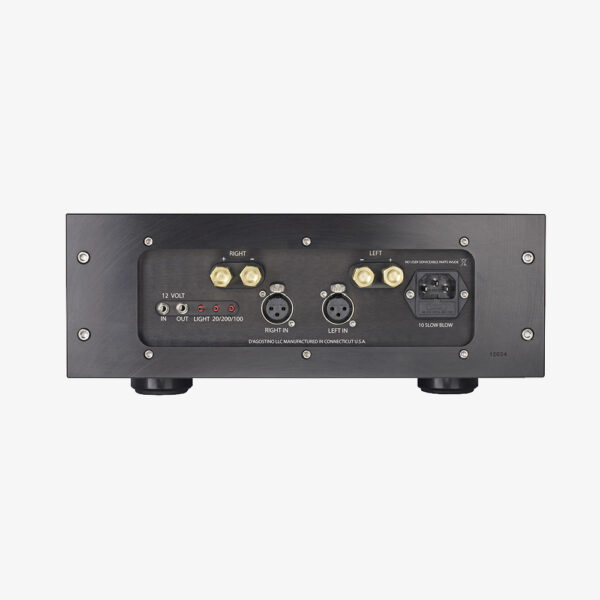 The Momentum S250 MxV stereo amplifier delivers the extraordinary sound quality of the Momentum M400 MxV monoblock in a more affordable stereo design. The circuit topology and construction of the stereo ampliﬁer mirror those of the monoblock, using the same ultra-efficient copper heat sinks with venturi cooling, the same 1% metal-film resistors, the same 69 MHz output transistors and the same fully complementary balanced configuration. The result is audio fidelity equalled by no other ampliﬁer—except, of course, the Momentum M400 MxV monoblock itself. The leading compliment to the Momentum S250 MxV Stereo is the Momentum HD Preamplifier, creating a harmony worthy of any aficionado.

The Momentum S250 MxV models feature techniques and topologies initially developed and implemented in the Relentless Mono Amplifier. This fullest expression of the Momentum circuitry is reflected in the new model name, MxV. Those with a physics background will recognise that MxV or Mass times Velocity is the equation for Momentum.

Every major section of the amplifier – power supply, input, driver, and output stages – have all been enhanced in this advancement. A new transformer pattern provides over 50% more current output from the same transformer footprint. This additional current offers greater headroom during dynamic passages. A reinvisioned input stage combines a brand new circuit topology with advanced components feeding the driver and output stages. Crucial to the new circuit are the bipolar transistors powering the front end of the amplifier. In the Momentum S250 MxV amplifiers, new devices deliver ten times the current and power of the original devices. These wider bandwidth, higher power components extend low and high frequency performance with reduced distortion in both frequency extremes. Energising the driver stage is a new bias stability circuit providing a nearly 50% increase in operating bias. Increasing Class A operation directly correlates to better sound quality. However, there is a limit to bias level in any amplifier. With this new circuit topology and the unique Copper heatsinks, thermal issues are not a practical concern in the Momentum S250 MxV amplifiers. The new bias scheme ensures bias consistency, preventing excessive temperatures even under the greatest demand. Additional power transistors in the output stage reduce workload for each device. By minimising stress on each individual device, the entire output section works more efficiently. The result is a richer, more dynamic, intimate presentation regardless of musical genre.

Defying its compact size, the Momentum S250 MxV is a powerhouse amplifier. The backbone is the new ultra-quiet 2,200 VA linear transformer. A new winding scheme reduces the hysteresis effect by 90%, minimising power and thermal loss. The combination of these elements provides a 50% improvement in output. This engine drives a nearly 100,000ⲙF capacitor bank resulting in 250/500/1,000W of power output into 8/4/2Ω speaker loads for the Momentum S250 MxV The Momentum S250 MxV amplifiers are capable of driving any loudspeaker to its fullest potential.

A critical element of any amplifier output stage is circuitry known as the driver section. In the new Momentum S250 MxV, this stage is a fully complementary design. Individual transistors are employed for the positive and negative halves of the musical signal. This nearly doubles the current drive necessary to maximise the enhanced output stage that follows. The new output stage takes this increased drive to boost the open loop gain by the same factor of two. The result is a sound that is more authoritative, richer, and more expansive.

Each Momentum S250 MxV stereo amplifier is hand-built and individually tested in D’Agostino’s Arizona factory by Dan D’Agostino’s team of technicians and craftsmen.

Upgrading to the MxV performance