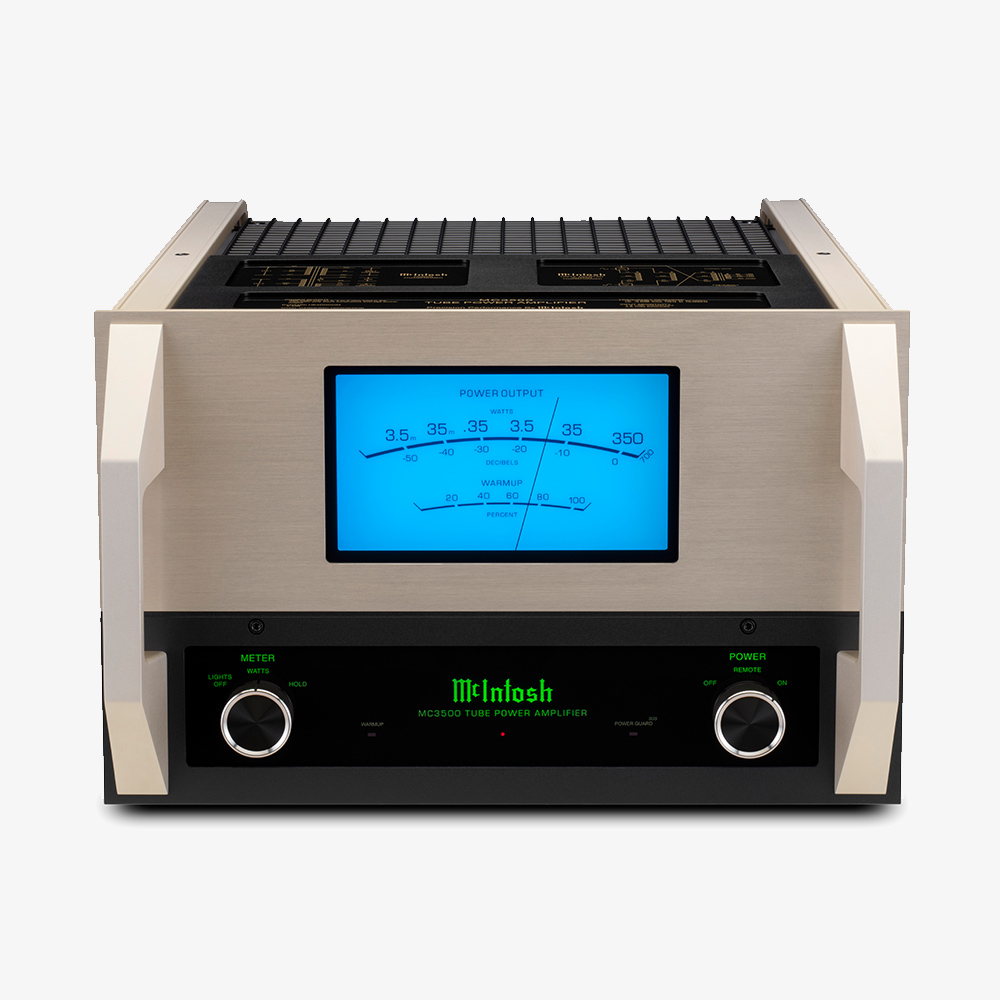 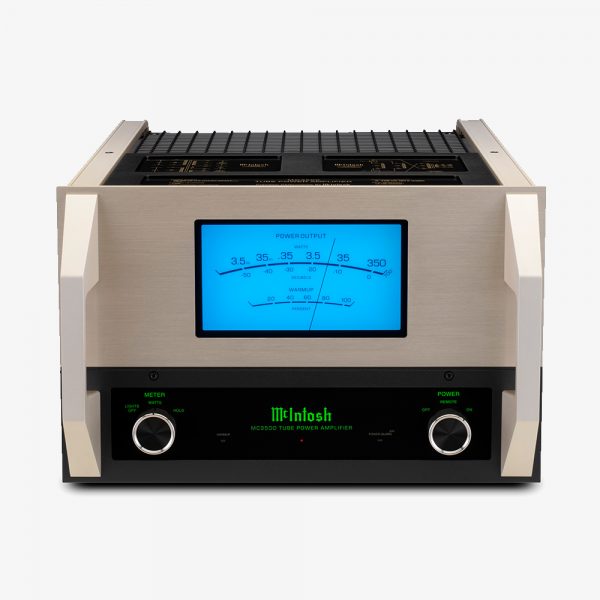 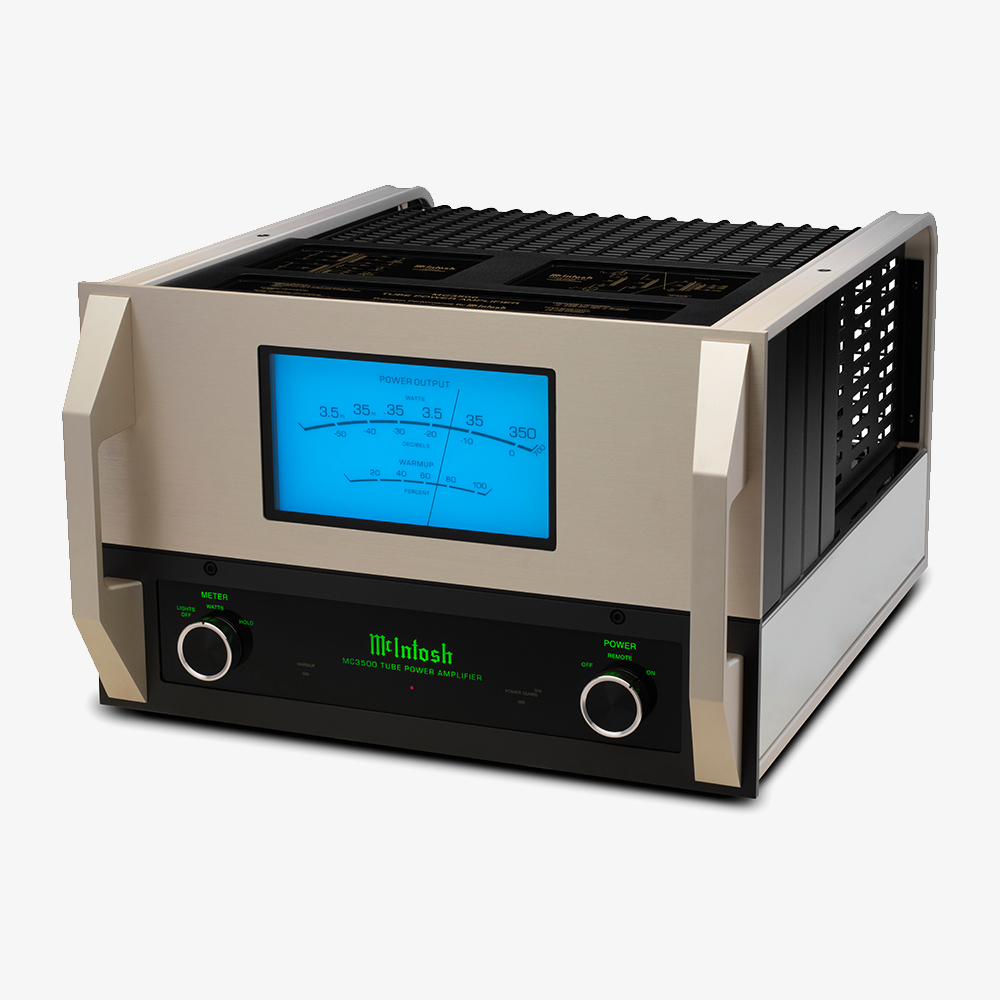 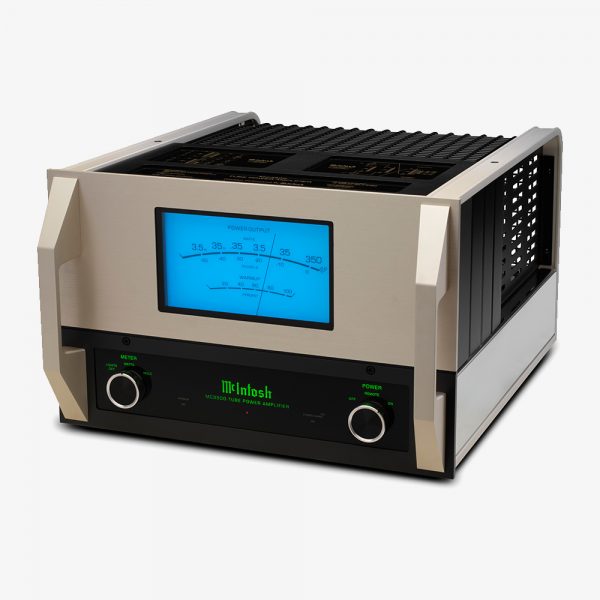 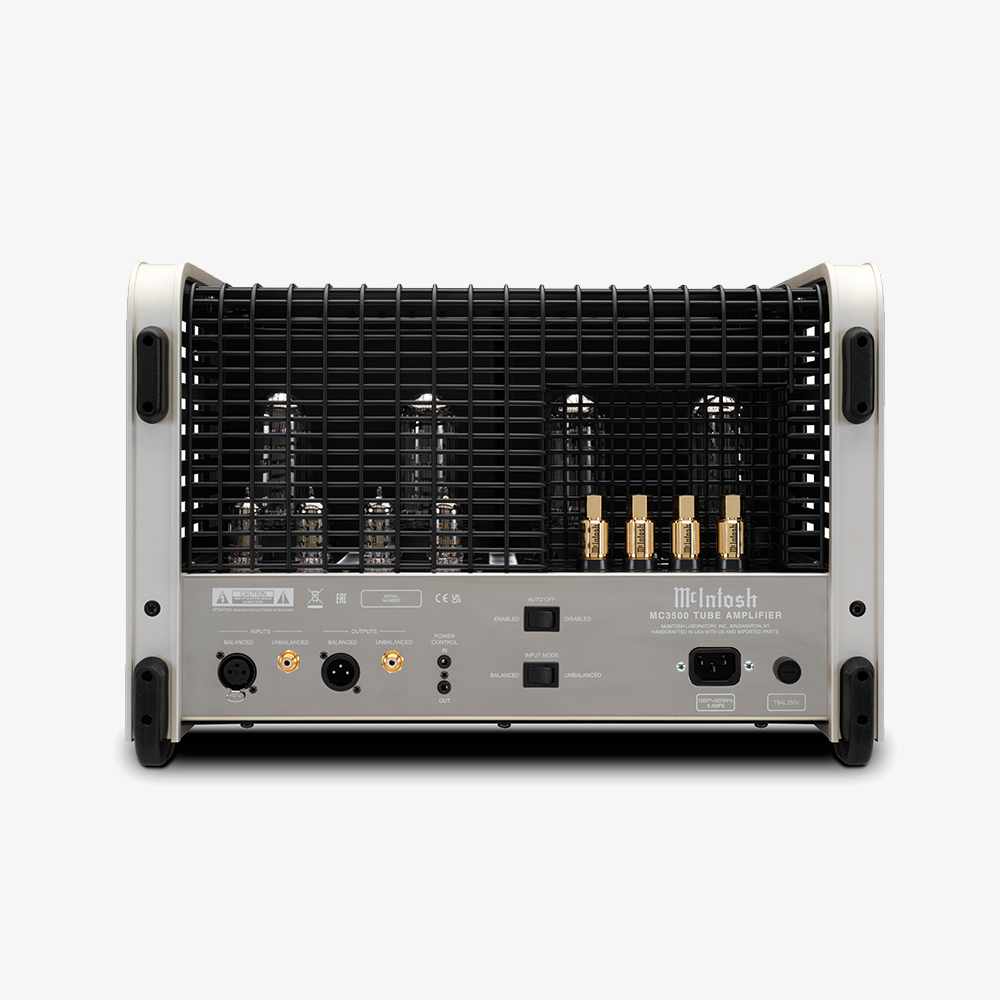 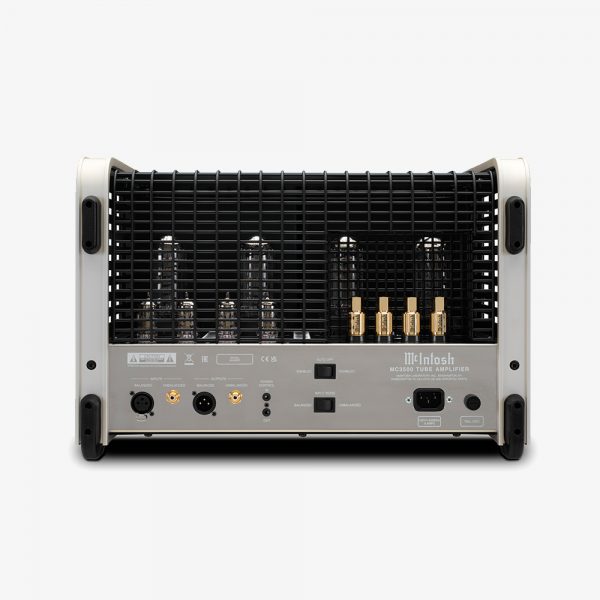 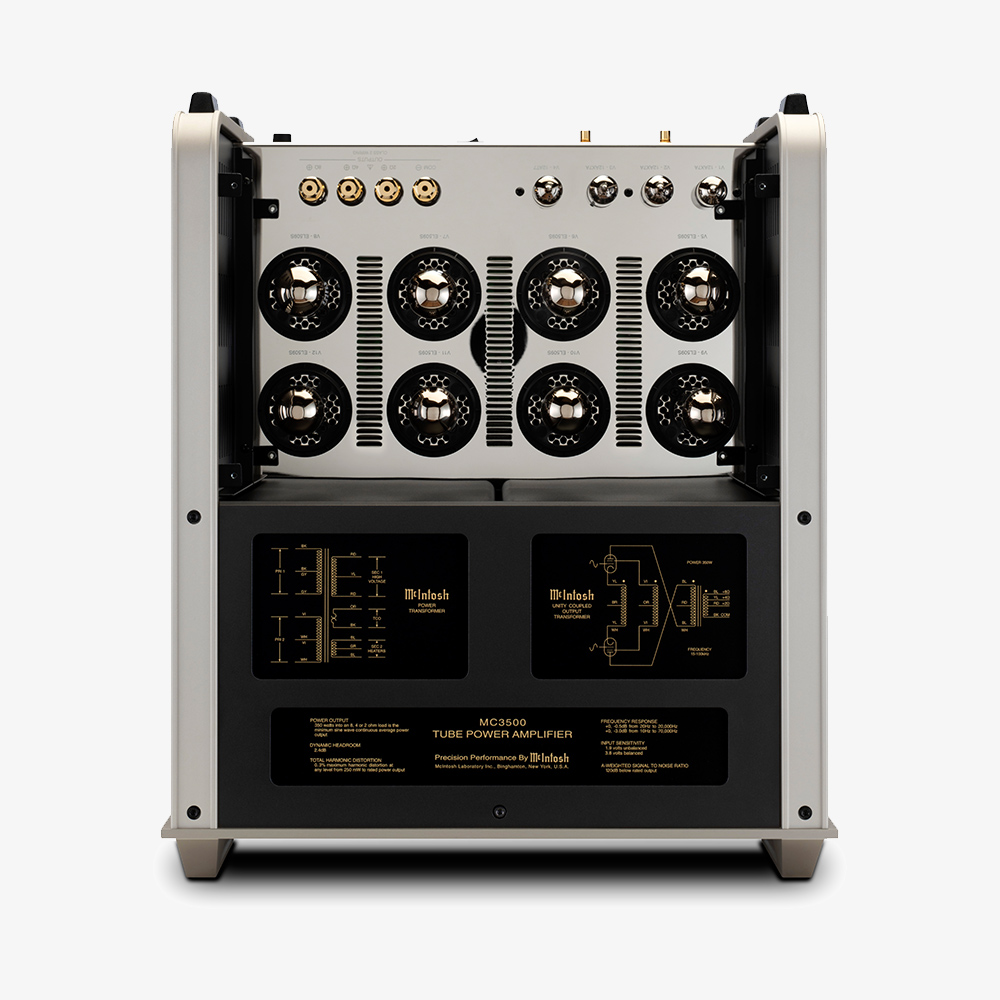 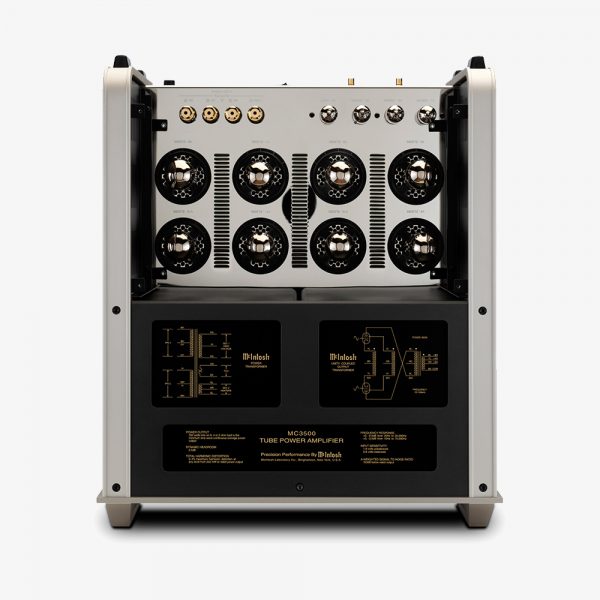 The MC3500 Mk II is both a thoroughly modern and thoroughly retro amplifier. It’s inspired by the amplifier that helped inspire a generation.

There’s no denying the historic significance of the 1969 Woodstock Music and Art Fair. There had never been anything like it, and many would argue there’s not been anything like it since. With an unexpected crowd of over 400,000 people, there was a lot that could have gone wrong – and some things did. But one aspect that’s nearly universally agreed upon was how great all the musicians sounded. That sound quality is thanks in part to the McIntosh MC3500 Vacuum Tube Amplifiers that exclusively powered the sound system used at Woodstock.1 The MC3500 would go on to power many other influential music events.

It was at a 2019 event to celebrate the 50th Anniversary of Woodstock where McIntosh President Charlie Randall, realising the historical importance of the MC3500, first dreamed of bringing it back into production. That proved no easy task considering it was first designed over 50 years ago. But after more than two years of development, that dream has become reality as McIntosh is proud to announce the MC3500 Vacuum Tube Amplifier Mk II.

The MC3500 Vacuum Tube Amplifier Mk II is a conservatively rated 350 Watt monoblock that takes its inspiration from the original 1968-71 MC3500 and incorporates everything Mcintosh have learned about vacuum tube amplifier design since the 1960s. It has been upgraded to modern standards and with modern components to deliver an audio performance worthy of its predecessor and the legacy of their shared model number – all while adhering to the original design as much as possible. Like the original MC3500, the MC3500 Mk II uses our Unity Coupled Circuit output transformer, which allows the full 350 Watts to be safely delivered to virtually any speaker regardless if it has 2, 4 or 8-Ohm impedance.

The MC3500 Mk II is powered by eight EL509S high-power output vacuum tubes. The EL509S tube was chosen specifically due to it having many similar qualities and characteristics of the 6LQ6 “sweep tubes” used on the original MC3500. Like the 6LQ6, the EL509S is very rugged thanks to its robust cathode and associated heating element which produces a high peak plate current capability in excess of 1 Amp.

Sweep tubes like the original 6LQ6 were primarily designed for 1950-60s era TVs where they would sweep the cathode ray gun in the picture tube across the phosphor screen. This was a very power-hungry process that required these high-powered sweep tubes. The use of sweep tubes by McIntosh engineers in the original MC3500 amplifier was a very cool and innovative application. By using the high-power EL509S vacuum tubes, the MC3500 Mk II amplifier remains as faithful as possible to original MC3500 output design. In addition, just like in the original MC3500, the MC3500 Mk II uses an additional feedback loop to enhance the linearity of the output tubes.

Like the original MC3500, the MC3500 Mk II has a fully balanced driver section that utilises three 12AX7A and one 12AT7 vacuum tubes. The first 12AX7A is the differential input amp; the second is the buffer/driver for the voltage amp; the third is the voltage amp. The 12AT7 is the buffer/driver for the EL509S output tubes. All the vacuum tubes are located behind the power and output transformers, and are covered by a 12-gauge stainless steel wire cage with a black powder coated finish. The cage is shaped so that our patented, gold-plated Solid Cinch™ speaker binding posts are easily accessible even when the cage is installed.

Just as the original MC3500 did, the Mk II version has an output meter, though it’s larger and centered on the front panel instead of offset to the left side. This makes the meter easier to read and presents a symmetrical look in a typical two-channel stereo system layout. The meter uses a variation of our DualView™ Power Output Meter design, with the top scale showing the power output in both Watts and decibels, while the bottom scale shows the amplifier warmup time. When powered on, the meter starts to slowly rise; once it reaches 100%, it drops back down to zero and the amplifier is ready to play music.

The MC3500 Mk II has handles just like the original, but they have more ergonomic design that are friendlier on your hands when moving this 121 lb. (54.9 kg) heavyweight. The base of the chassis is stainless steel polished to a mirror finish. The front panel is machined aluminum with a bead blast finish and gold anodizing that emulates the look and finish of the original MC3500. A clear glass insert covers the meter; a black glass insert at the bottom houses the knobs and illuminated lettering.

As an homage to the look of the original MC3500, the Mk II features two U-shaped siderails that wrap around the top, back, and bottom of each side. Many of original MC3500s were used on the road a lot and these siderails provided a lot of strength and durability. It is a very unique design element that Mcintosh wanted to duplicate in the MC3500 Mk II. There were also four black rubber bumpers on the back of the rails that allowed the amp to be temporarily stood upright while setting up for shows; the bumpers were big enough to prevent any parts sticking off the back of the amplifier from scraping against the floor and being damaged. These bumpers have also been replicated on the MC3500 Mk II.