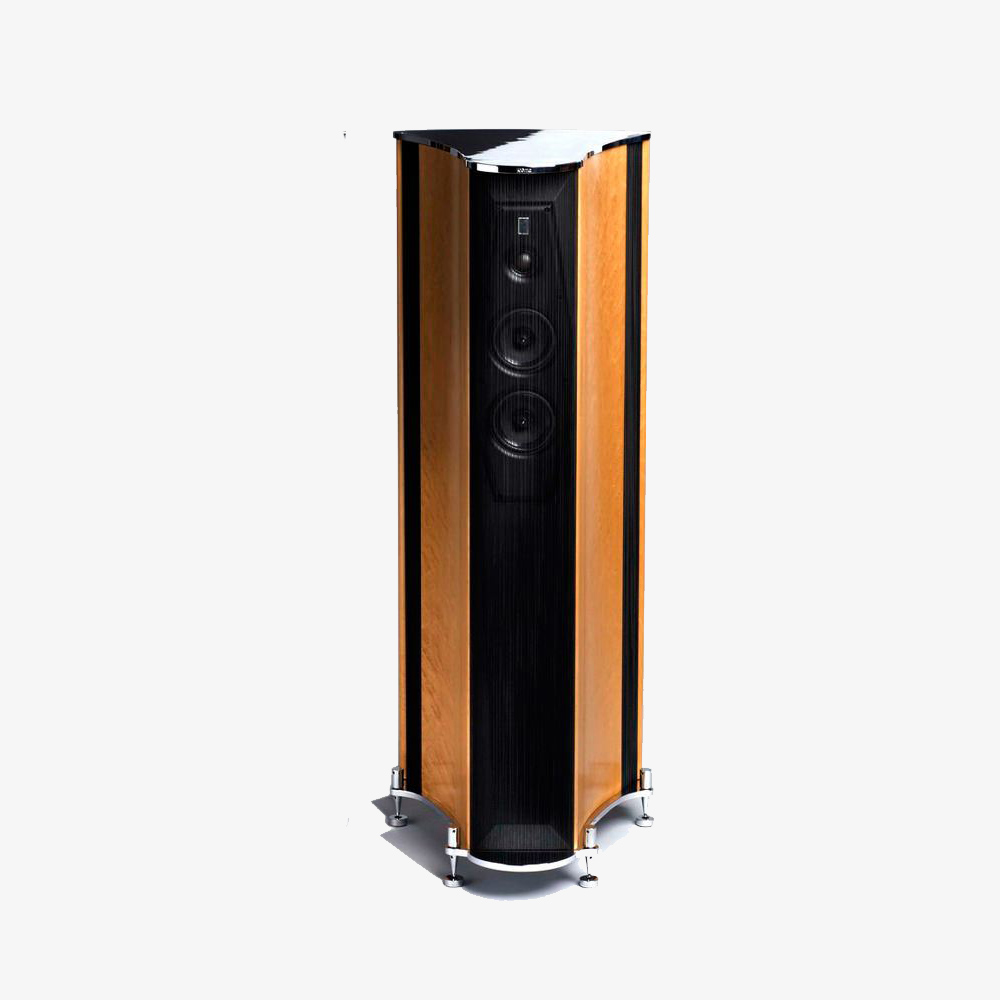 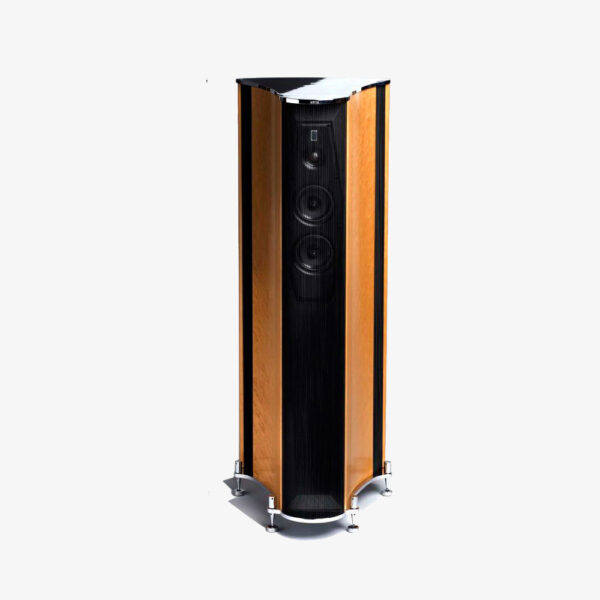 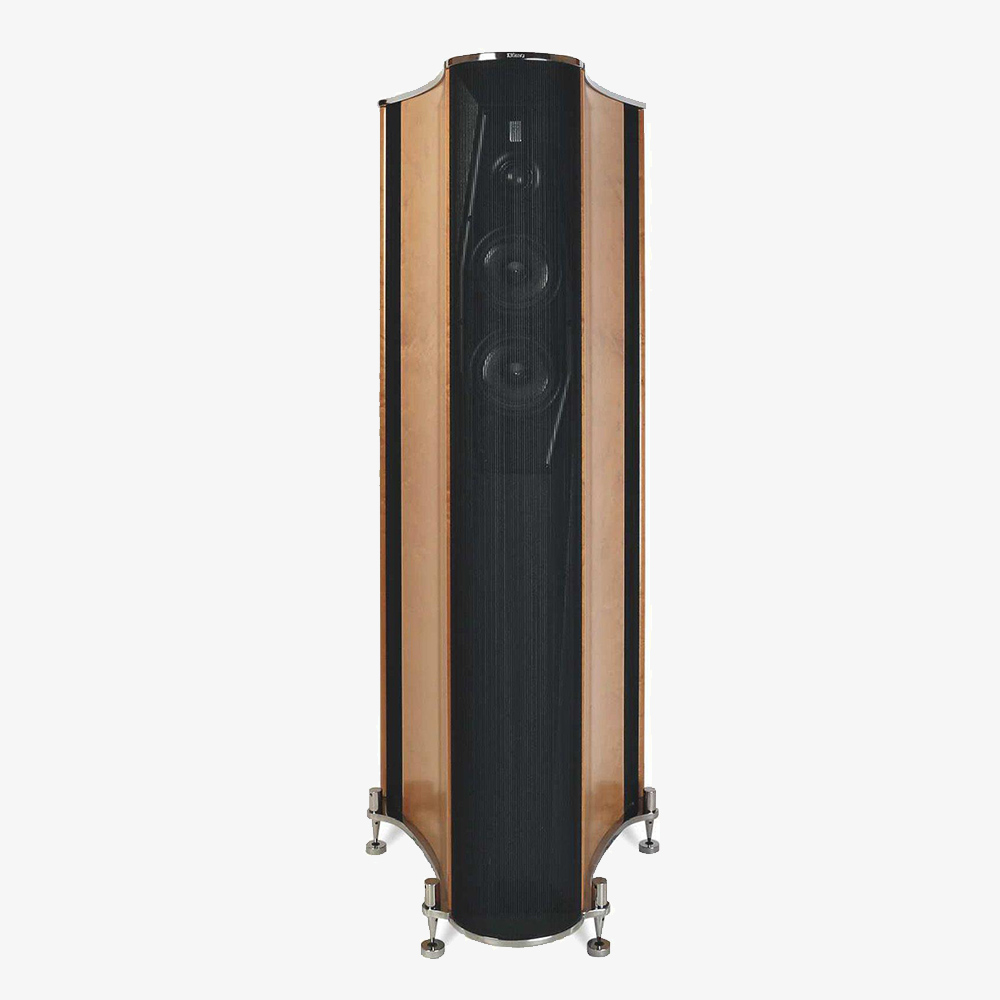 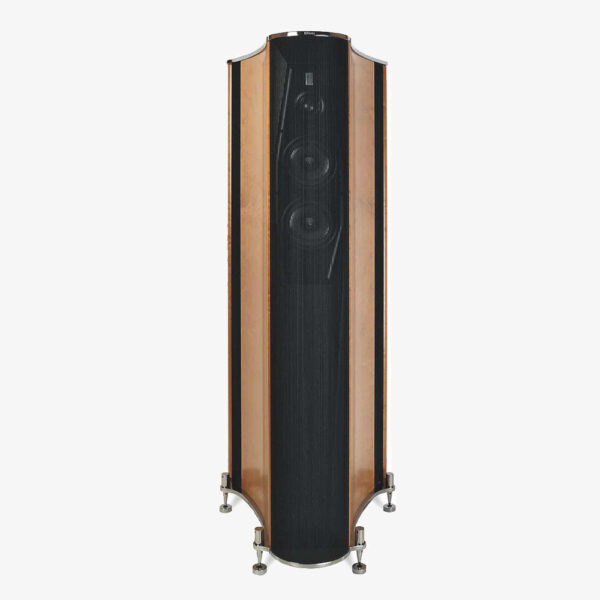 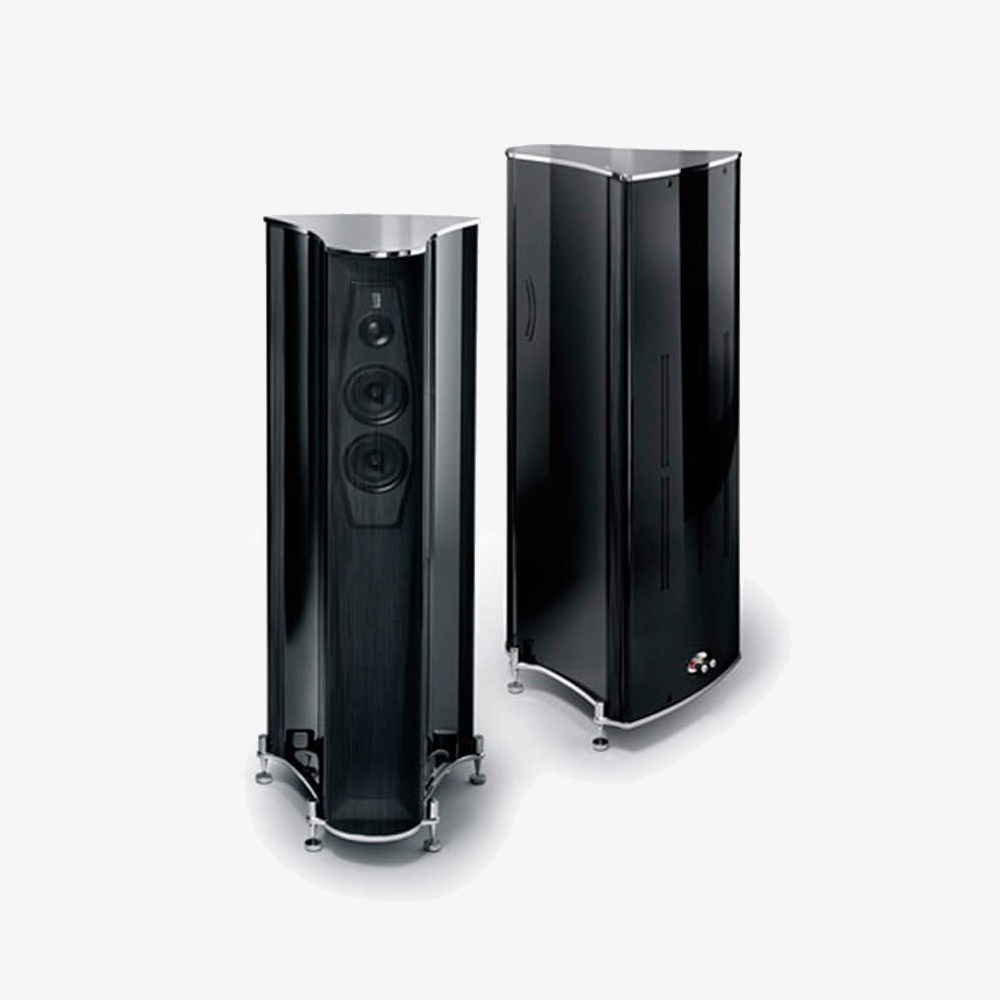 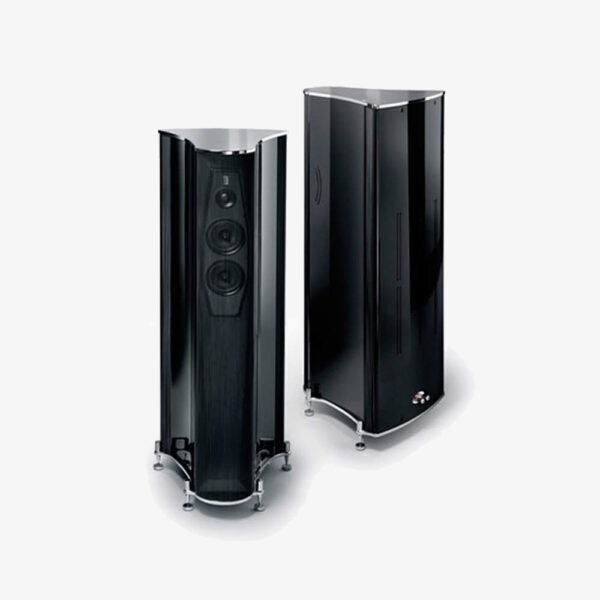 With fine craftsmanship and technical innovation, respecting the ideal continuity, Ktêma embraces the past in a new way, making a further contribution to enhance the ecstasy of the musical experience.

The Ktêma is the flagship speaker from Franco Serblin, the man who originally created Sonus Faber speakers. He left the company to began again and work on some more unique designs that he had been developing. The results have been extremely well received from critics and audiophiles alike.

The geometry of Ktêma is a four-way topology with five units. The two low-frequency radiators are compression-loaded and room-interfaced at the lower part of the rear of the enclosure. Above the “fusion” frequency, the mid-high cardioid radiators reproduce the significant part of the spectrum, at the top section of the front of the cabinet.

The cabinet is a rigid, triple arch-shaped structure. The two lateral front cheeks are concave, while the woofer compressor is convex.

The tweeter is a well-established and time-proven 28mm soft-dome unit, created by Ragnar Lian, one of the greatest Danish masters of transducer design.

The midrange array consists of two custom-made 4in units in a step compensated baffle, in a cardioid acoustic-resistance configuration, for the most accurate reproduction of the musical perspective.

The woofers are custom-made 9in metal cone, piston performance optimised units, in a compression-controlled and room-interfaced configuration.