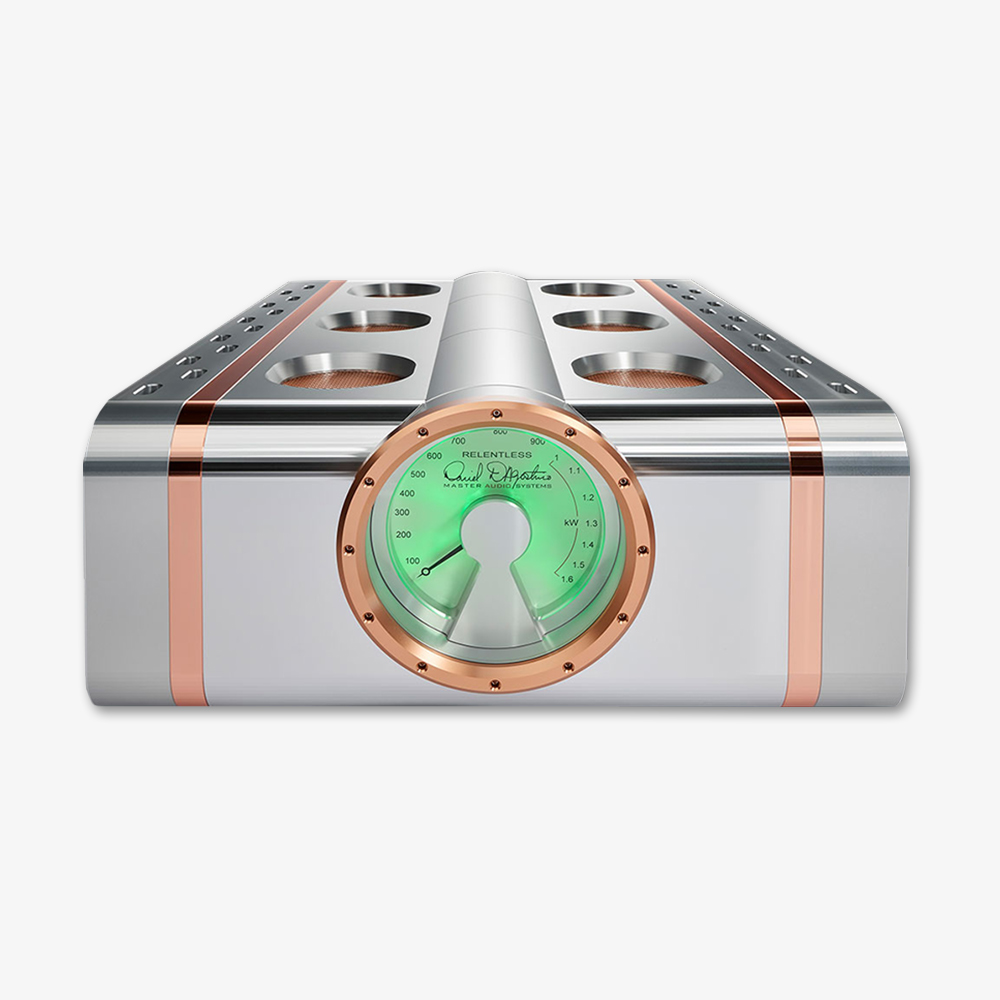 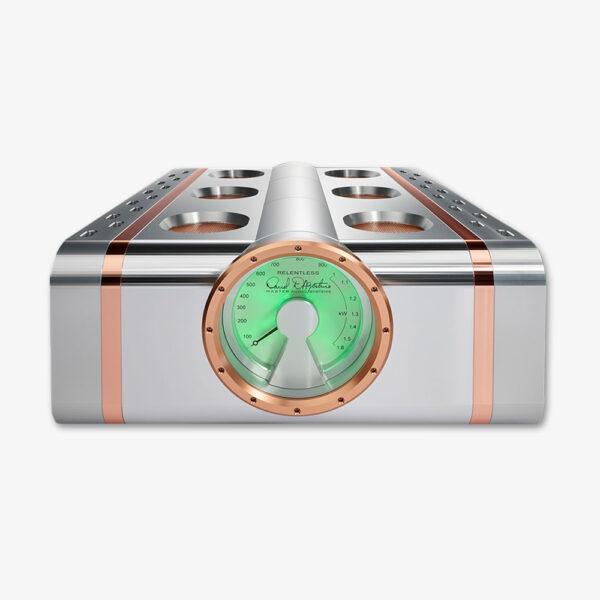 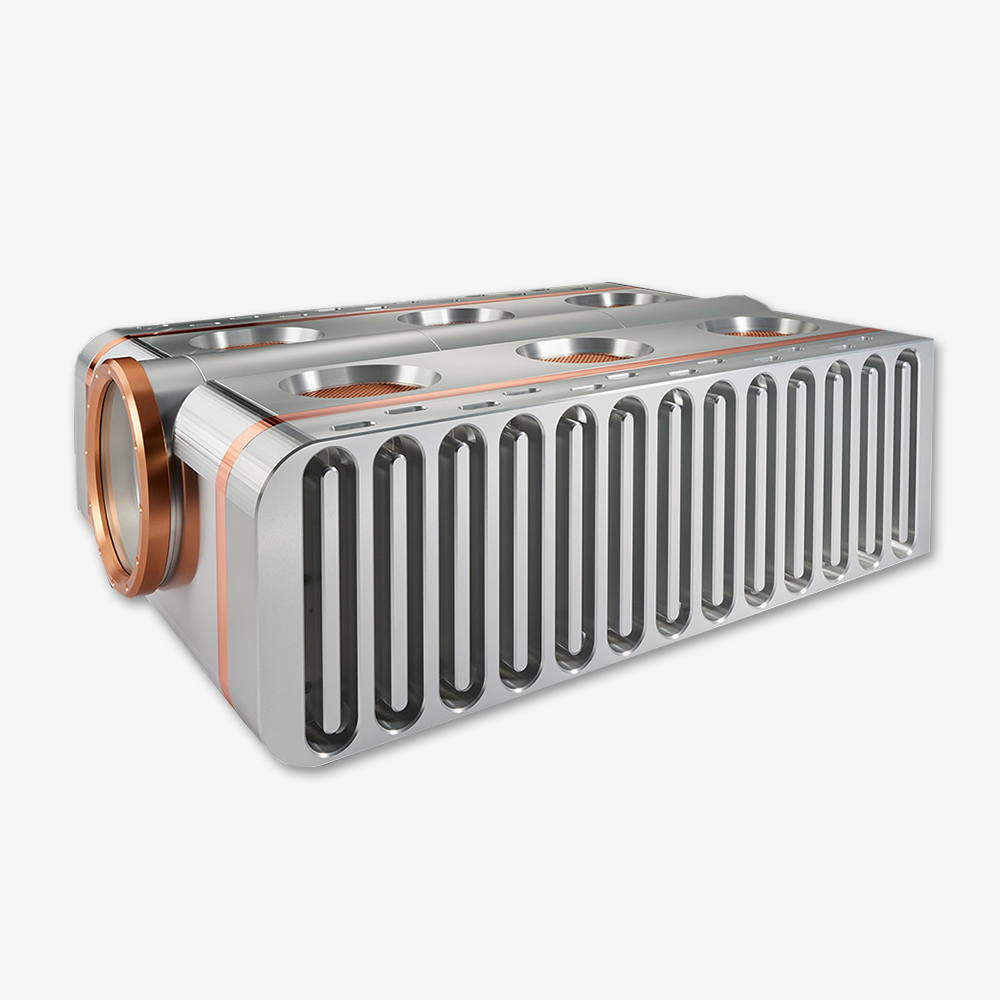 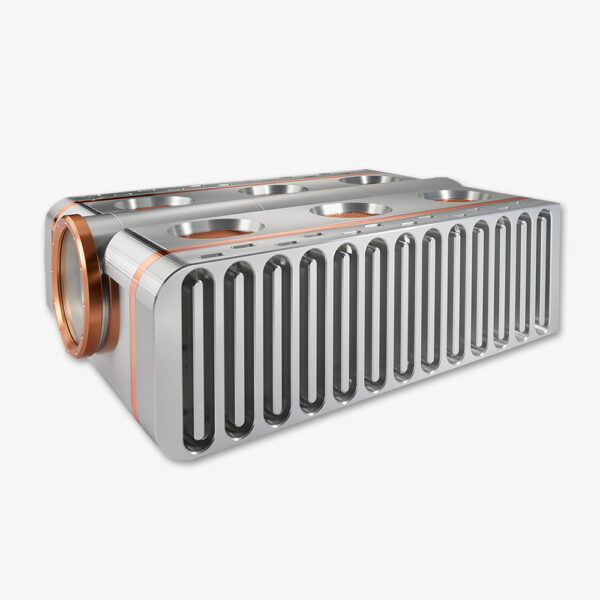 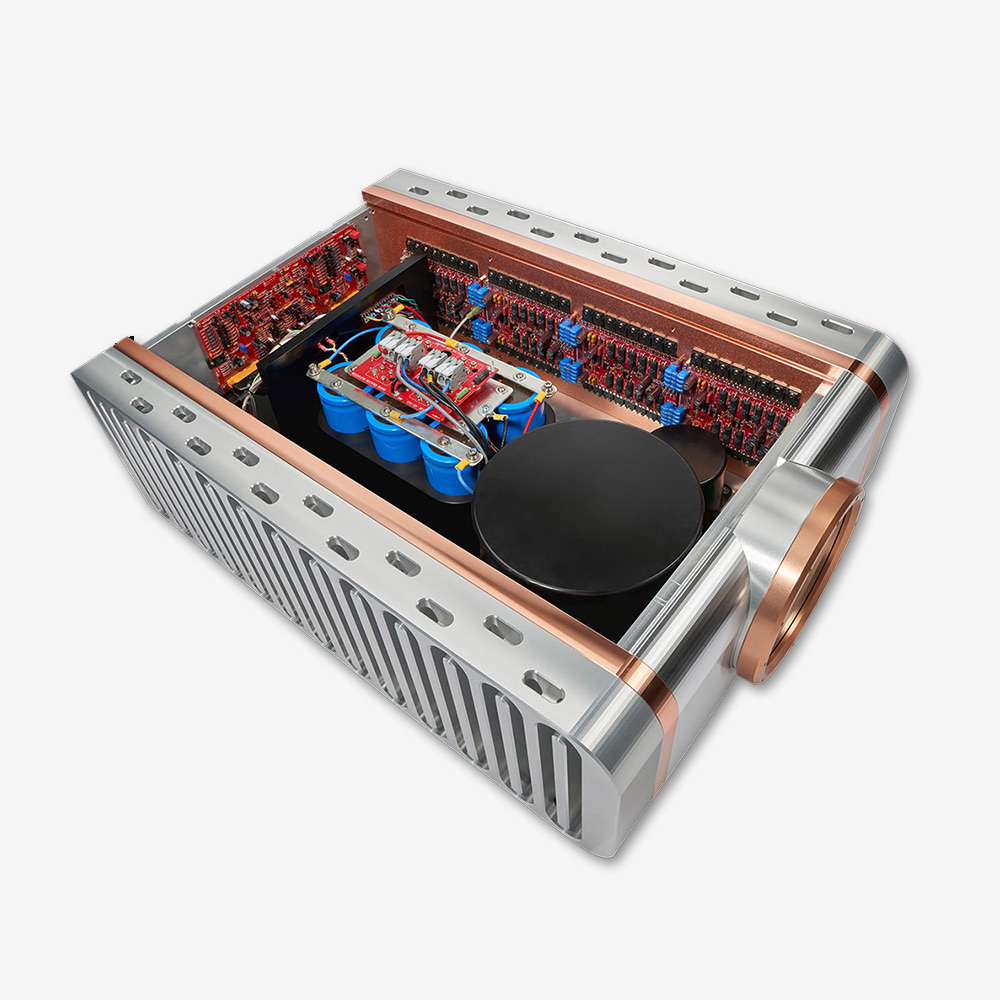 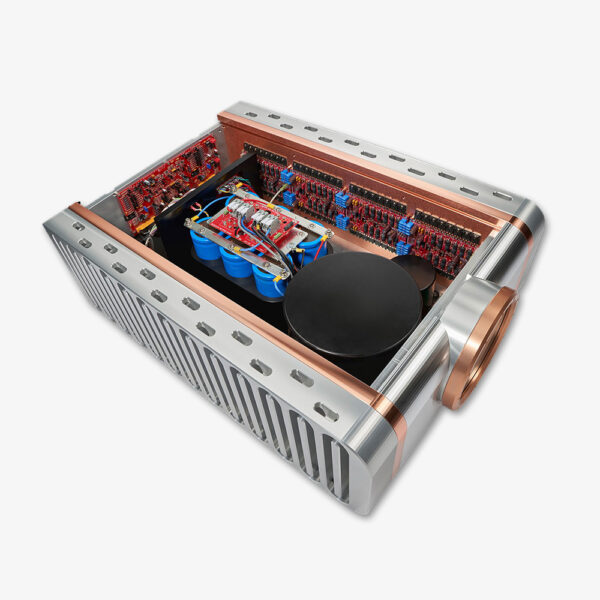 Dan D’Agostino has always had a relentless desire to better his own creations, no matter how flawless they may seem. The Relentless Monoblock amplifier is the latest manifestation of that passion, the result of Dan’s desire for an amplifier that maintains its harmonic integrity and expansive soundstage from 0 watts to 1,500 watts. An amplifier so powerful it can drive any speaker to its best possible performance, no matter how demanding the load it may present.

With its 5.5-kilowatt power supply feeding roughly 100 output devices, the Relentless Monoblock easily delivers 1,500 watts into 8 ohms—and when connected to a 220-volt outlet, it doubles its output to 3,000 watts into 4 ohms and 6,000 watts into 2 ohms, all while maintaining the same musical composure it offers at a mere 1 watt.

The Relentless Monoblock employs an all-new, fully complementary topology based around a precision input stage that maintains an essentially perfect balance between the positive and negative components of the signal. Any distortion artefacts that appear on one half of the signal will also appear on the other half, and thus cancel each other. Gain circuits operate in the current domain, assuring the Relentless Monoblock’s performance does not fluctuate no matter what the demands. Global negative feedback is not employed, nor is it required as the amplifier’s open-loop linearity eliminates the need for this performance-robbing technique.

The core of the power supply is a transformer that uses multiple sections running in concert, all potted and encased in a metal shield. This design reduces transformer noise to near zero and protects the audio circuitry from the transformer’s magnetic field. The transformer feeds a custom-designed rectifier circuit and a 600,000-microfarad/100-volt capacitor bank. A special holder mechanically grounds each capacitor so it won’t vibrate. A slow-start circuit activates the power supply in stages, eliminating concerns about capacitive inrush tripping household circuit breakers.

Dan D’Agostino’s exclusive Super Rail concept makes maximum use of the incredible resources of this power supply. Super Rail employs higher voltage rails in the sections prior to the output stage, effectively “turbocharging” the amplifier and exploiting the full capability of the output voltage rails—which improves dynamics, lowers distortion, and tightens the amplifier’s electrical grip on the speaker.

The Relentless Monoblock’s unique heat sink combines copper and aluminium in a thermal engine that wicks away heat from the connected devices. The elaborate elliptical design expands on the venturi heat sink first explored in the Momentum series, and assures that the Relentless Monoblock runs safely and reliably even when delivering its full rated power. Thermal, short circuit, and DC protection are included in a non-invasive but comprehensive defence against any external system faults.

The entire chassis of the Relentless Monoblock is machined from solid aluminium, for superior shielding, thermal stability and vibration damping. High-precision milling allows the entire chassis to fit together solidly with no visible fasteners.