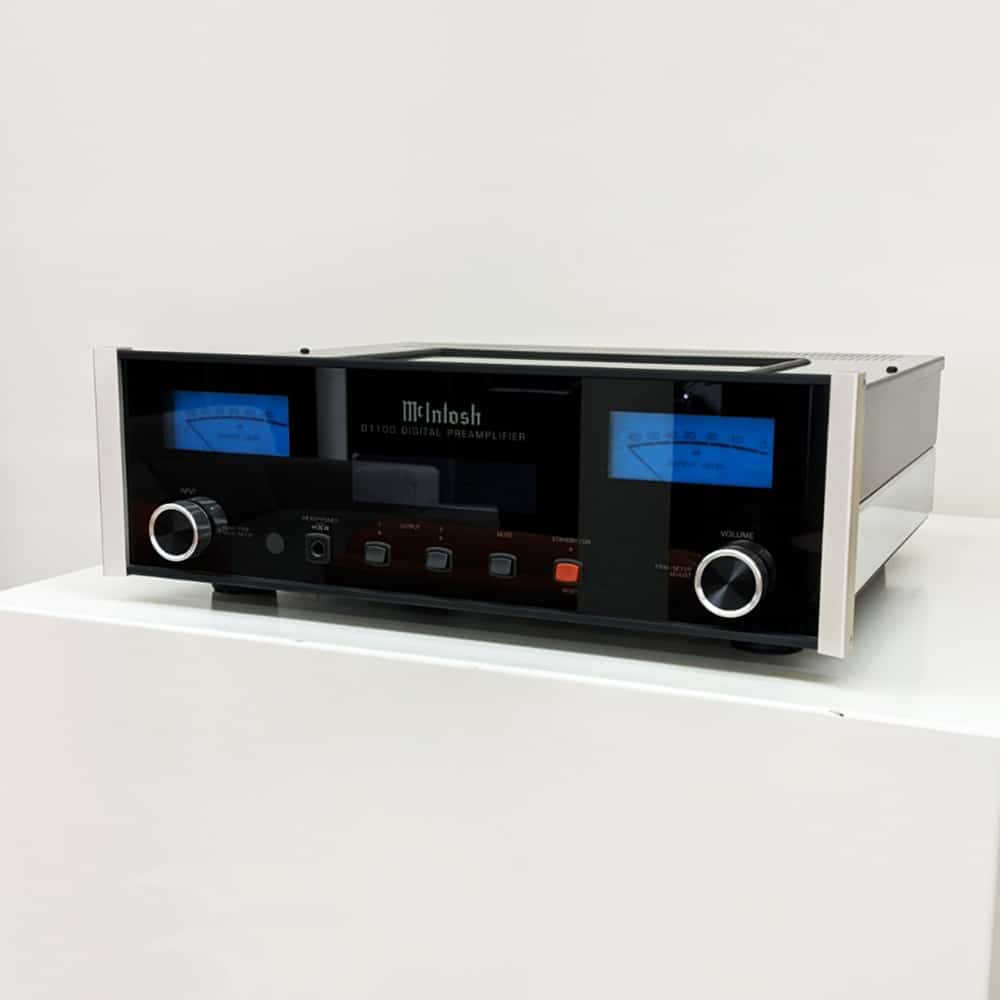 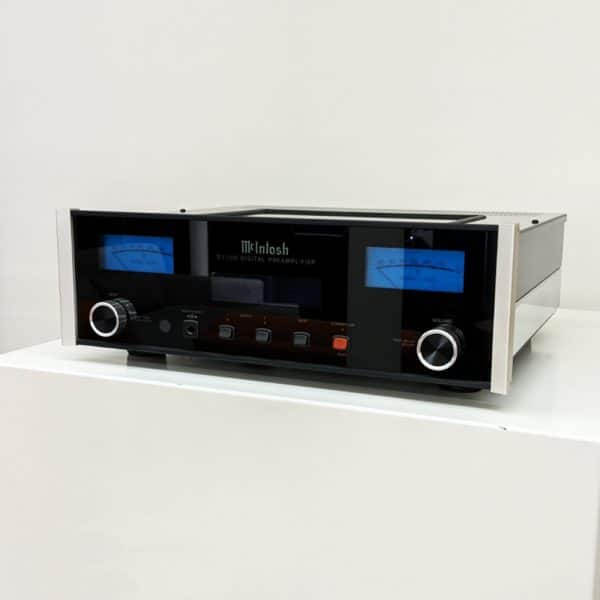 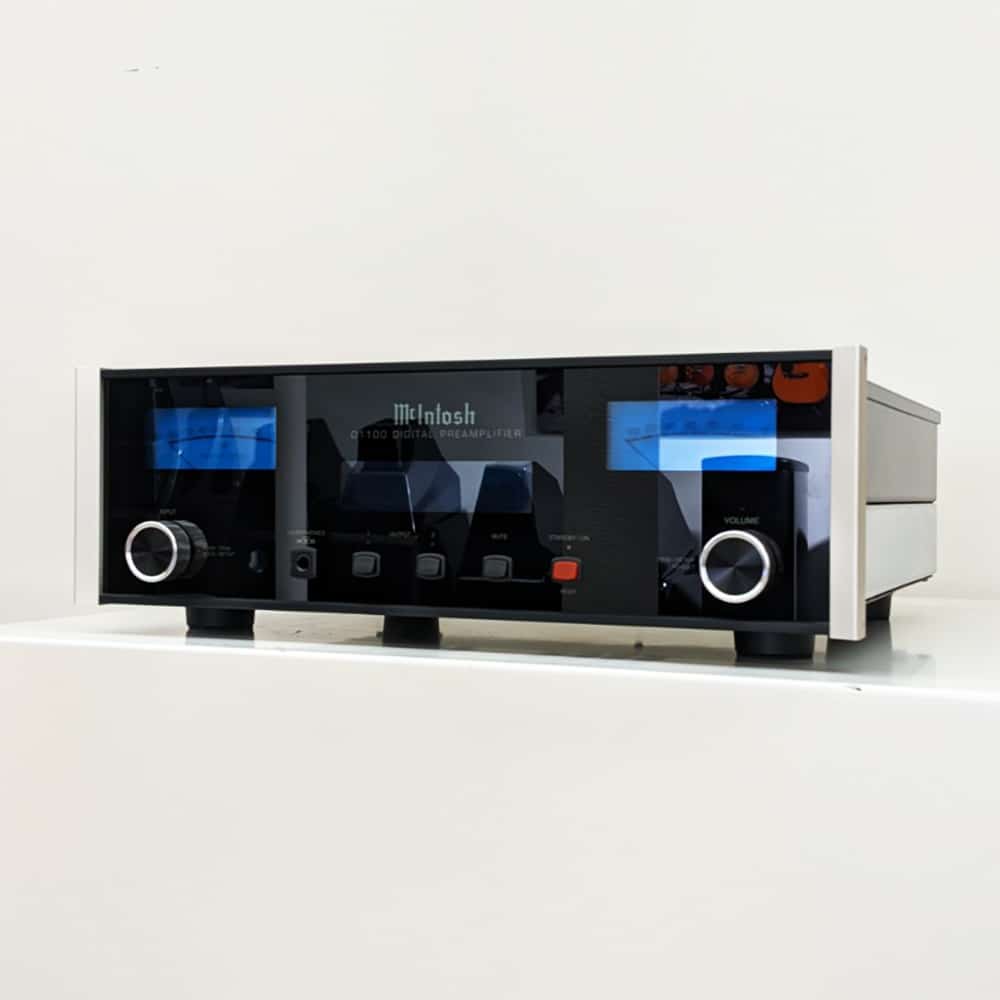 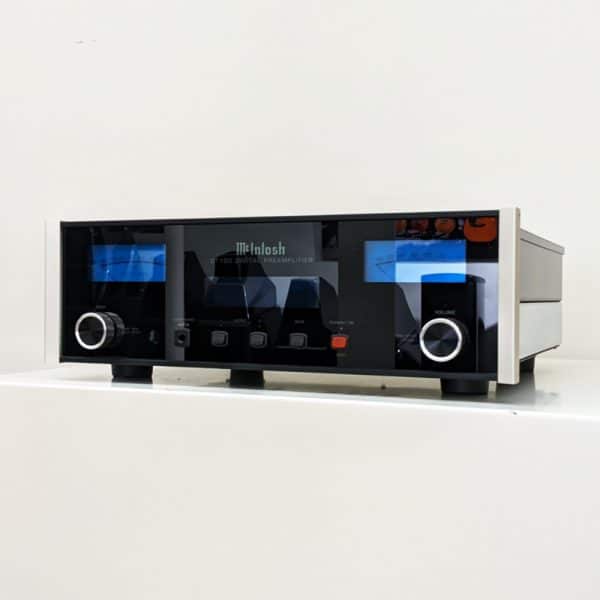 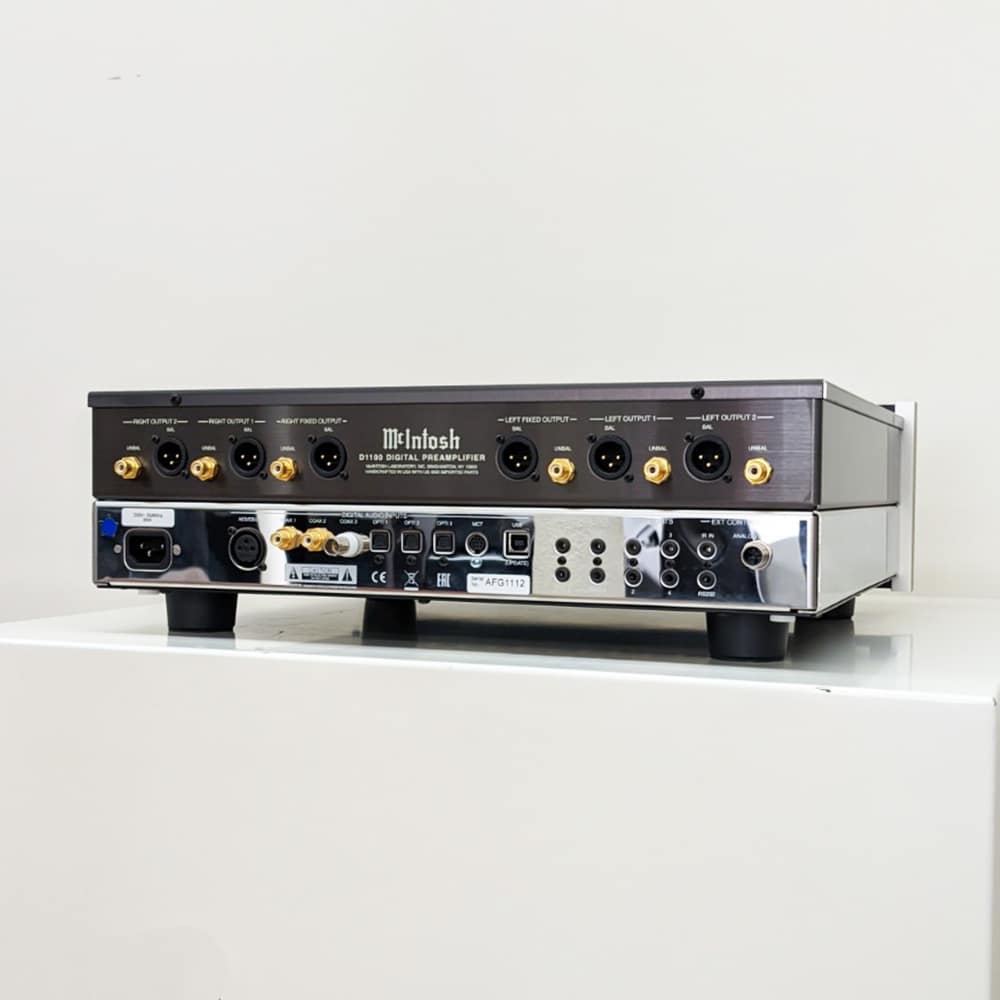 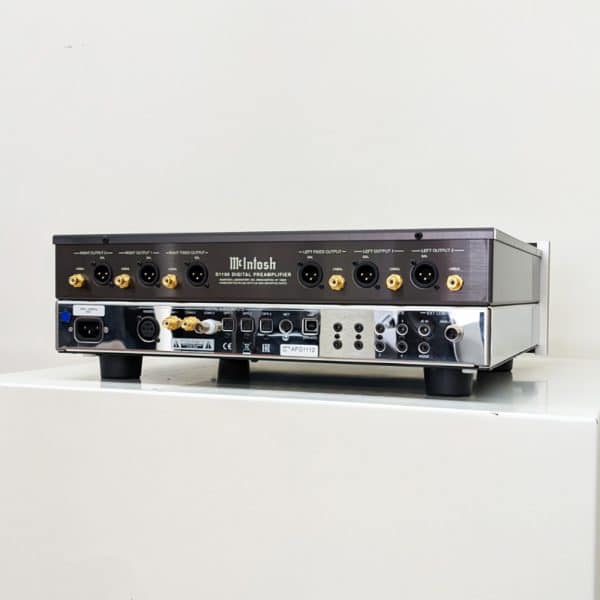 Ex-demonstration model in excellent condition. We have the original packaging and accessories. Originally purchased in October 2017.

The D1100 Digital Preamplifier is a reference level stereo preamplifier and digital-to-analogue converter (DAC). Its 8-channel, 32-bit DAC is used in Quad Balanced mode with half of it dedicated to the left audio channel and the other half to the right channel. It’s the most advanced DAC McIntosh has ever used and delivers an unprecedented level of performance so that all your digital music is reproduced with exceptional accuracy and authenticity.

Enough inputs – 9 to be exact – are included to keep even the largest digital system connected as 3 optical, 3 coaxial (2 RCA and 1 BNC), plus 1 each of MCT, AES/EBU and USB inputs are on board. The USB input accepts up to 32-bit/384kHz signals and supports DSD64, DSD128, DSD256, DXD 352.8kHz and DXD 384kHz playback1. All the other inputs accept up to 24-bit/192kHz. The MCT input is a McIntosh exclusive and allows for enjoying to the high resolution audio found on SACDs via the MCT500 SACD/CD Transport. Three sets of balanced and unbalanced stereo outputs connect the D1100 to your system. One set of outputs has fixed volume while the other 2 have variable volume; the variable outputs can also be switched on and off for additional user configurability.

The D1100 is designed for ease of use: all inputs can be renamed; its 4 data ports and 4 power control triggers are fully programmable; and it has both IR and RS232 external control. For personal listening, Headphone Crossfeed Director (HXD®) will bring a new depth and spatiality to your music.

The D1100 is a full featured, fully functional self-contained unit that can be used independently of any other preamplifier. But thanks to McIntosh’s engineering prowess, it can also be connected to and used in tandem with its analogue equivalent, the C1100 Vacuum Tube Preamplifier2. Combining the two together with the included umbilical cable creates the definitive analogue and digital stereo preamplifier. When connected, the C1100 takes over all control of the D1100 resulting in a single and easy to use interface. Like the C1100, the D1100’s left and right audio channels and power supplies are electrically isolated from each other to produce true dual mono operation when used either by itself or with the C1100. This isolation delivers absolute stereo separation and sonic purity.

The D1100 is one of many McIntosh products to receive Roon Tested designation from Roon Labs. It has been profiled and tested by both Roon and McIntosh for maximum compatibility. Roon will recognise it and send it audio optimised for its capabilities. No fiddling with checkboxes or dropdowns, Roon Tested devices are automatically identified and configured out of the box for a superior customer experience.